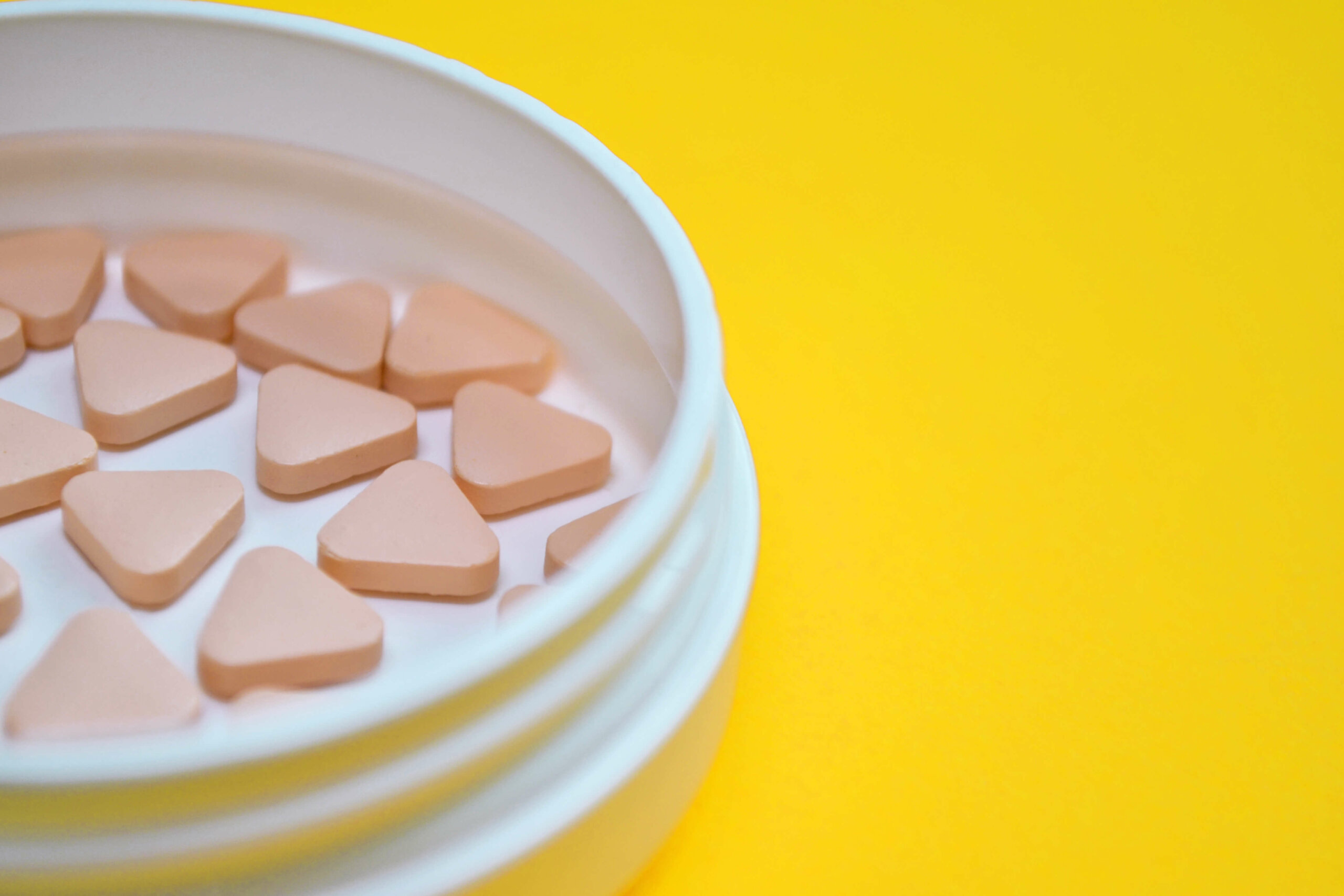 Oral finasteride has more side effects than the topical version of this drug.

Finasteride, sometimes known by the brand name Propecia®, is an FDA-approved treatment for pattern hair loss. This medication is prescribed by your doctor as a one-a-day 1 milligram pill. It works as a hormone blocker to stop your hair loss symptoms from progressing.

Finasteride is considered to be an effective way of treating pattern hair loss. According to a large, long-term study in the Journal of Dermatology, over 87 percent of men were able to use this drug to achieve some improvement in hair regrowth.

But finasteride also has some downsides. It’s side effects, some of which may be long-lasting, are of particular concern. If you’ve never taken this medication before, you may want to consider your other treatment options first.

Finasteride side effects in men

Finasteride is well known for its sexual side effects. But there are a few different versions of this drug, and not all of them cause the same side effects.

For example, there’s a stronger version of this medication sold in 5 milligram pills, that’s used to treat a prostate condition called benign prostate hyperplasia. This 5 milligram dose of finasteride is much more likely to cause extreme side effects.

And in contrast, there’s topical finasteride, which is not approved for the treatment of androgenic alopecia. This version of the drug seems to have almost no side effects at all.

What are the side effects of finasteride?

According to Propecia’s label and information pamphlet, which has been approved by the FDA, common finasteride side effects include:

This pamphlet also mentions side effects like breast tenderness and other changes to breast tissue, hypersensitivity reactions, and testicular pain, but says that they occur at very low rates (equivalent to if the person was taking a placebo, like a sugar pill).

Other rare side effects mentioned include:

The side effects are consistent with the ones reported by the U.S. National Library of Medicine. In addition to these side effects, a study in the Journal of Drugs in Dermatology, said that finasteride can decrease testical size and reduce penile size and curvature.

Now, if you’re wondering how to reduce side effects of finasteride, the bad news is that you can’t. Finasteride is meant to be taken in 1 milligram daily doses. Changing the dosage would make it less effective and may still cause you to end up with strange side effects. However, what does seem to work is changing the formulation. Topical finasteride, for example, seems to have none of the serious side effects that the oral version of this drug does.

According to a different study in the Journal of Drugs in Dermatology, topical finasteride does not cause the same serious side effects as oral finasteride. However, some other side effects have been associated with its use, including:

While topical finasteride might seem like a great and much safer alternative, this medication still isn’t approved by the FDA. And since finasteride is a prescription medication, it’s pretty hard to find a topical version sold anywhere. Unless you can buy this formulation at a hair loss clinic or get it specially prepared by your pharmacist, it’s unlikely that you’ll be able to obtain this hair loss treatment.

How common are the side effects of finasteride?

According to finasteride’s label and information pamphlet, which was most recently updated in 2012, less than one percent of users experience common finasteride side effects like decreased libido, erectile dysfunction, and ejaculation disorder.

A large, long-term study in the Journal of Dermatology seems to agree. This study reported that only 0.7 percent of the entire study population experienced side effects. Many of the reported side effects were mild, like headaches or a mild fever. But the most common side effect was a decrease in libido.

But other studies have reported much higher results. For example, a review in the Journal of Clinical and Aesthetic Dermatology discussed much higher reported rates, ranging from 4 to 9 percent of finasteride users.

What are the long term side effects of finasteride?

According to StatPearls Publishing, finasteride stays in the body for a pretty short period of time – usually about 6 hours. Each time you use the bathroom, you excrete the drug from your system.

Of course, if you’ve been taking finasteride for a while, it could take longer to fully clear the drug from your body. And even then, your hormones will likely only go back to normal after about 2 weeks or less.

Regardless, this means that for most people, finasteride side effects’ duration is pretty short and will go away soon after you stop taking the drug. The review in the Journal of Clinical and Aesthetic Dermatology mentioned that on average, most people’s side effects went away 5.4 months after they stopped taking finasteride.

However, this isn’t the case for everyone. Some people also experience finasteride’s side effects long term. This condition, known as post finasteride syndrome, occurs even after you stop using finasteride.

According to studies in the Neurobiology of Stress and Fertility and Sterility journals, post-finasteride syndrome is considered to be a group of sexual, neurological, neuropsychological, and physical side effects. These studies and a report in BMJ say that symptoms of this condition include:

Can anything reduce long-term side effects of finasteride?

There are two other FDA-approved treatments for androgenic alopecia: minoxidil and low-level laser therapy. Minoxidil was the first medication to ever be approved as a hair loss treatment, while laser hair therapy was only given clearance in the last decade and a half.

Minoxidil has been around since the 1970s, when it was first developed as an oral blood pressure reducer to treat severe hypertension. According to StatPearls Publishing, topical minoxidil became available as a treatment for male pattern baldness in 1987.

Topical minoxidil works as a vasodilator, the same way the original oral blood pressure reducer version did. But since this hair loss treatment is only applied to your skin, it’s essentially just increasing blood flow to the scalp. According to articles in the Drugs Journal and Drug Design, Development and Therapy journal, minoxidil can also:

This hair loss treatment is now approved as a liquid serum and a foam in concentrations of 2 and 5 percent. 5 percent minoxidil is thought to be most effective. Using minoxidil is pretty straightforward: It just needs to be applied to a clean scalp twice a day. Like finasteride, it takes about 3 months to see results.

Compared to finasteride, minoxidil’s side effects are usually mild. StatPearls Publishing says that they include topical, temporary issues like:

Minoxidil and finasteride are generally considered to be fairly equivalent to one another and both bring about good improvements in people with hair loss. Despite their different mechanisms of action, they’re both effective at treating pattern baldness. And according to a meta-analysis published in The Journal of the European Academy of Dermatology and Venereology, 5 percent minoxidil and finasteride are equally effective in combating androgenic alopecia.

But these results aren’t reported across the board. For example, a study in Dermatologic Therapy reported that when compared after a year of treatment, 80.5 percent of finasteride users had positive hair regrowth. In comparison, just 59 percent of 5 percent minoxidil users had similar results.

Low-level laser therapy, often referred to as LLLT or laser hair therapy, uses biostimulatory lasers to stimulate hair follicles. Laser hair therapy is new, with the first device (the LLLT comb) given FDA-clearance in 2007. However, photobiomodulation has been around for nearly half a century. And according to a review in the Dermatology Online Journal, low level lasers have been known to induce hair growth since 1967.

Laser hair therapy is thought to fight male pattern hair loss in a number of different ways. According to a review in the Skin Appendage Disorders journal, LLLT may affect the hair growth cycle, prolonging its anagen (growth) phase, and prompting resting hair follicles to produce new hairs. Other reviews in Lasers in Medical Science and Lasers in Surgical Medicine say that LLLT might work by reducing inflammation and increasing blood circulation.

These days, there are tons of different LLLT devices available. You can buy your own laser combs, caps, brushes, and headbands to use at home, or go into a clinic to use an LLLT helmet (that looks a bit like the old-school salon hair dryers from the 50s). Whether you’re using a device at home or booking appointments at a clinic, most people need less than 2 hours of laser hair therapy per week.

Low-level laser therapy has very few side effects. Like minoxidil, they are all short-term, topical issues. A study in the Skin Appendage Disorders journal says that the main side effects you can expect are skin dryness, irritation, and scalp tenderness.

There’s not a lot of information comparing laser hair therapy to finasteride when treating androgenic alopecia. However, one recent study in the Bulletin of Physical Therapy released fairly promising results. This study reported that using finasteride was just as effective as daily 15-minute sessions of laser hair therapy.

Should I take finasteride?

Finasteride is an affordable, convenient hair loss treatment that’s been around for decades. It’s an effective way to treat pattern hair loss.

However, finasteride also comes with a number of side effects. And while less than 1 percent of people report serious side effects, it seems that those folks are often at increased risk of experiencing long-term issues, like post-finasteride syndrome.

Younger people seem to be at particular risk for post-finasteride syndrome. If you’re under 45 and this is your first time trying out a hair loss treatment, you may want to pass on the finasteride and try another FDA-approved treatment, like minoxidil or low-level laser therapy, instead.