How long does it take for minoxidil to work? 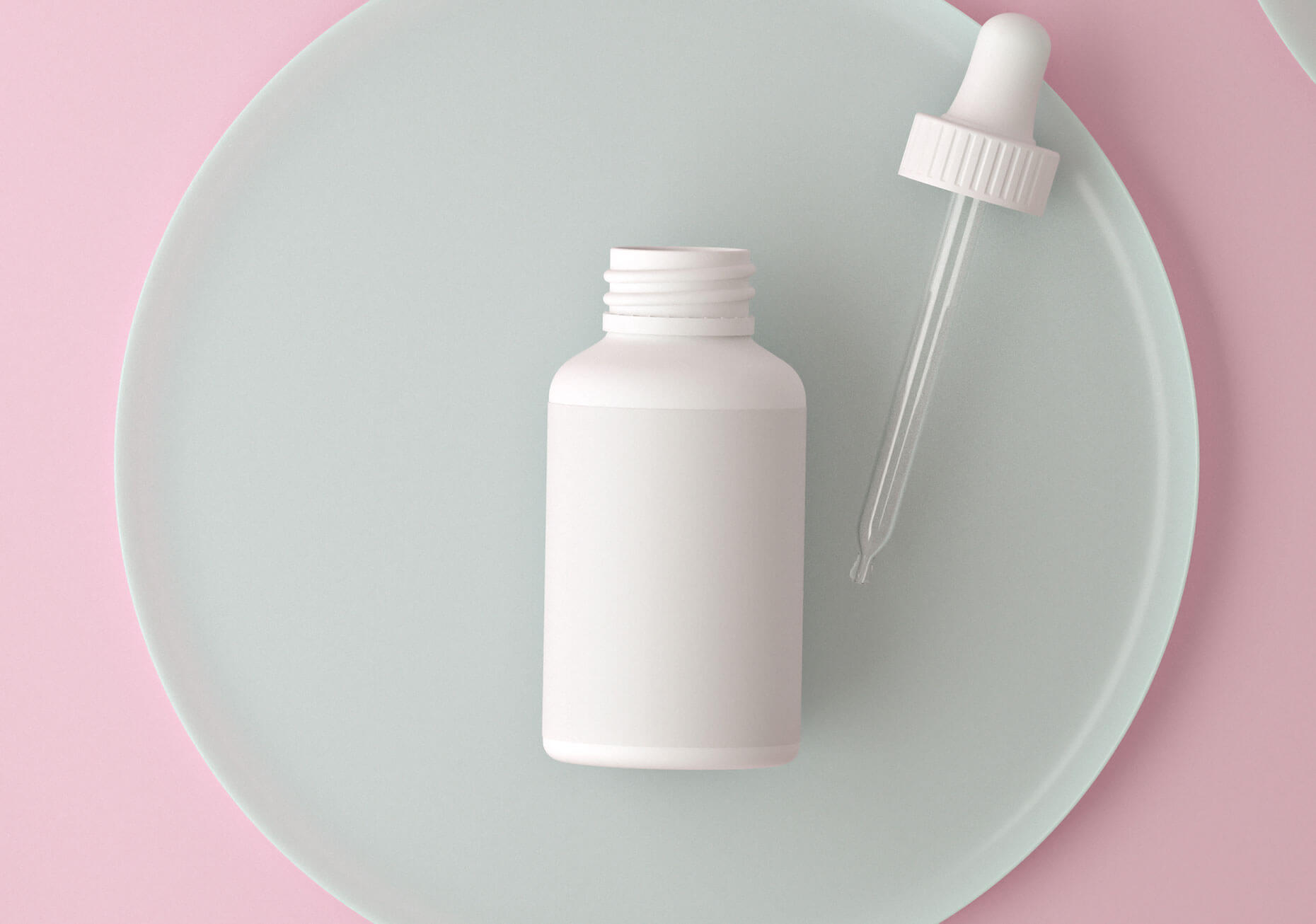 Minoxidil solution is sold in concentrations of 2 and 5 percent.

Worried about that bald patch getting bigger? Do people think you’re older than you really are? Losing your hair in your twenties and thirties is more common than you’d think.

If you’re not keen on going bald, it’s best to start a treatment as early as possible. One of the most popular treatments is minoxidil. Approved by the FDA in the late 1980s, this topical hair loss treatment can counteract pattern baldness and help you regrow thicker, healthier hair after just a few months.

Androgenetic alopecia, generally referred to as male pattern hair loss, tends to run in families. It’s caused by genes that regulate some of the hormones involved in hair growth. The National Institutes of Health reports that this is the most common form of hair loss people experience.

Androgenic alopecia affects about 50 million American males. Although this condition tends to be associated with older men, it can affect adults of any age.

Minoxidil was the first hair loss treatment developed to treat androgenic alopecia. First approved by the Food and Drug Administration (FDA) in 1987, this drug has helped thousands of men and women to regain lost hair and maintain healthy growth.

Topical minoxidil also has a variety of off-label uses. According to StatPearls Publishing, it can also help treat other forms of hair loss, including:

However, be aware that at the moment, this drug is only FDA-approved for the treatment of pattern hair loss.

Minoxidil is one of the most cost-effective and convenient ways to treat hair loss. You’ll commonly find this drug in liquid or foam form. You simply apply it to the area of hair loss on your scalp twice a day.

Exactly how does minoxidil work? Medically speaking, it’s known as a vasodilator, which means that it works by increasing the size of your blood vessels. This means that it improves blood flow in the area it’s been applied to.

How does minoxidil work to regrow hair?

A study in the Drugs Journal says that it isn’t completely known how minoxidil is able to stimulate hair growth. However, it’s generally thought to work by increasing blood flow to the scalp — and consequently to your hair follicles. 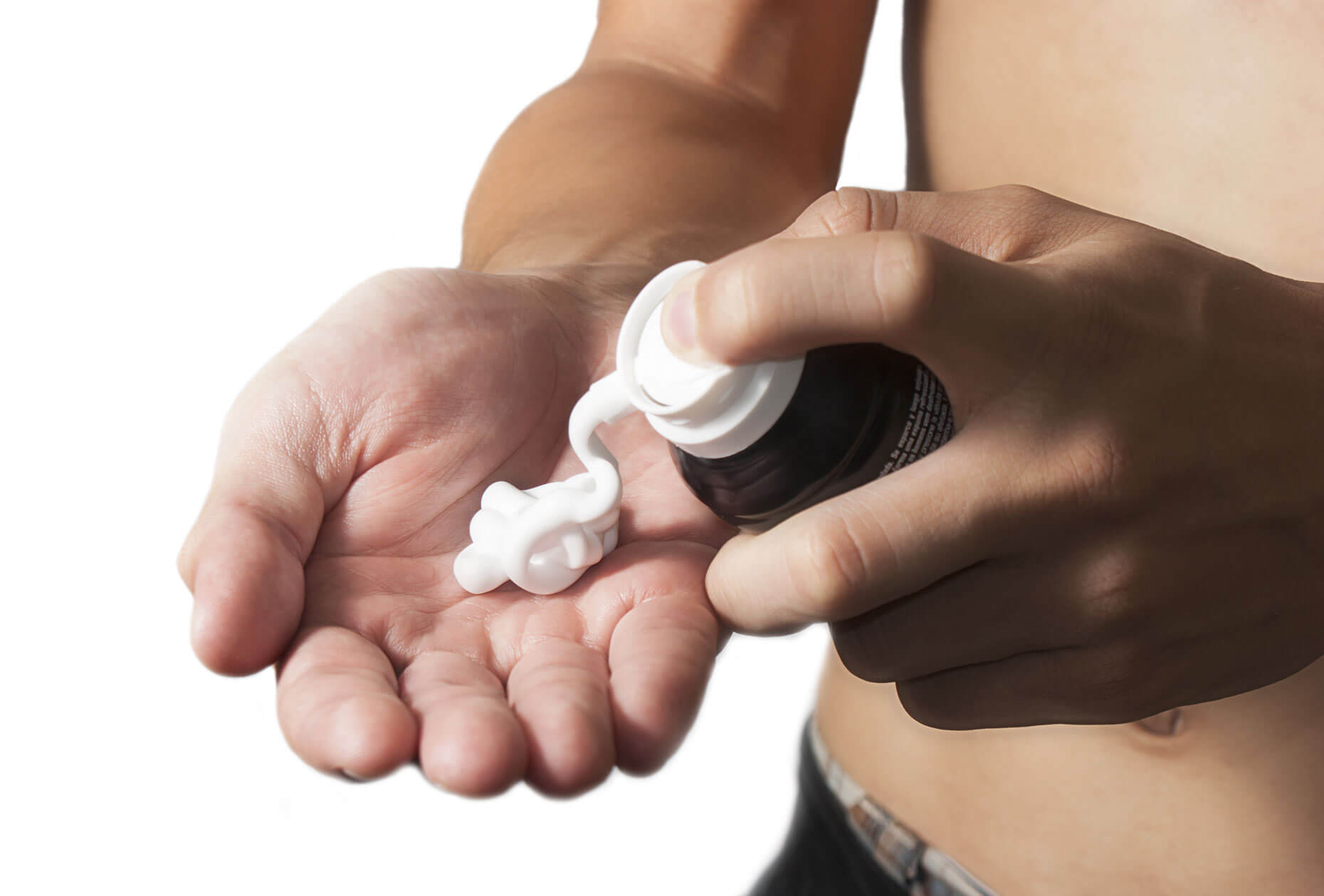 How fast does minoxidil work?

Although it depends on your family history and whether you’ve tried using other treatments before, minoxidil generally takes a few months to yield any noticeable results. Some people see effects in just weeks, while others will only start to see thicker, healthier hair much later on.

On average, regular application of minoxidil results in hair growth within 3 to 6 months. But your hair growth should continue improving after this point, too. A study in the Journal of the American Academy of Dermatology found that 84 percent of men with male pattern baldness had improved hair growth after using minoxidil for a year.

How effective is minoxidil?

Minoxidil is quite effective, but exactly how well it works can vary from person to person. Some people find that minoxidil regrows lost hair, while others find that it simply prevents further hair loss from occurring.

In the previously mentioned year-long study published in the Journal of the American Academy of Dermatology, researchers reported that minoxidil treatment significantly prevented hair loss and promoted hair growth in 84 percent of men. But when broken down, these results meant that:

Out of all the participants studied:

If minoxidil isn’t working well for you, you may want to make sure you’re using the right type and concentration of minoxidil. Alternatively, you could also consider an alternative hair loss treatment.

Minoxidil is FDA-approved in concentrations of 2 and 5 percent, but these aren’t the only concentrations you’ll find sold. This drug is available in a range of concentrations, usually between 1 and 15 percent.

Lower concentration products of minoxidil, like the 2 percent liquid and foam, are generally recommended for women, while 5 percent minoxidil is thought to be best for men. While men can use 2 percent products as well, they aren’t thought to be nearly as effective.

A study in the Journal of the American Academy of Dermatology followed a group of men over five years. They were given treatments containing 2 and 3 percent minoxidil.

Results showed that in the first year, regrowth of previously lost hair was significant. Beyond this point, however, the rate slowed and plateaued. Regardless, continuing treatments helped most of the men to maintain hair growth over the five years.

Like lower concentration minoxidil, higher concentration products aren’t thought to be very effective. While many of these extra-strength products can regrow hair, they cause an excessive amount of side effects. Some of these side effects, which negatively affect skin and the scalp microbiome, can actually be counterproductive for hair regrowth.

According to a study in the Journal of Dermatological Treatment, higher concentration minoxidil is likely to increase your risk of issues like:

While these side effects might seem mild, there’s really no reward for suffering through them. Higher concentration products of minoxidil won’t work any better than 5 percent products. And side effects like inflammation and irritation aggravate your skin and hair follicles, potentially worsening symptoms of hair loss and preventing hair regrowth.

According to a study in Dermatologica, minoxidil works best in men who:

If that’s you, minoxidil is more likely to work. If your hair loss has progressed further, you may require a more extensive treatment, like a hair transplant.

Does minoxidil work on frontal baldness?

Minoxidil can help regrow hair all over your head, but the main area where you’re likely to see results is the crown. It isn’t usually expected for minoxidil to work on the hairline.

That being said, a 2-year study in the Journal of the European Academy of Dermatology and Venereology found that minoxidil may work for a receding hairline — at least partially. This article reported that 5 percent minoxidil could stabilize hair density and scalp coverage, preventing further hair loss and hair thinning.

You need to use minoxidil consistently to maximize its effectiveness. The Mayo Clinic says that it should be applied twice daily (for example, every morning and night). Usually, you just need to gently spread it onto a clean scalp and allow it to dry. It’s as easy as that.

If you stick to doing it the same time each day, such as after showering in the morning and before brushing your teeth at night, applying minoxidil will quickly become a regular daily habit, too. And with just these few actions, you’ll be rewarded with strong, healthy hair growth after a few months.

There are other things you can do to speed up the positive effects of minoxidil. Consuming a healthy diet, getting a good night’s sleep, and combining it with other treatments like microneedling may be able to help, too.

Using minoxidil can prevent further hair loss and help regrow hair. But this medication only works if it’s applied continuously. You can’t stop taking it once you’re happy with the results.

Skipping the occasional day or two of minoxidil won’t affect your hair regrowth, but more than that likely will. If you were to stop using this medication entirely, your hair would revert to its original state and your hair loss would continue to progress.

If you’re unhappy using minoxidil long-term, there are several other treatments for this form of genetic hair loss, including finasteride and low level laser therapy. Just be aware that like minoxidil, these treatments also need to be used over the long-term. Other options include going into a clinic for platelet-rich plasma therapy treatments or a hair loss transplant.

How long does it take for minoxidil to show results?

So, how long does minoxidil take to work? On average, people who apply this product twice a day usually see some positive changes within two to three months.

It may take some people a little longer to see results, particularly if it’s your first time trying out a hair loss treatment. If this is your situation, don’t worry too much about slow results. You can expect to see more improvement as your first year of treatment progresses.

Of course, you’re most likely to see good results if you use the right product. Although minoxidil is available in concentrations that range between 1 and 15 percent, 5 percent serum and foam are thought to work best for men.