What is minoxidil shedding? 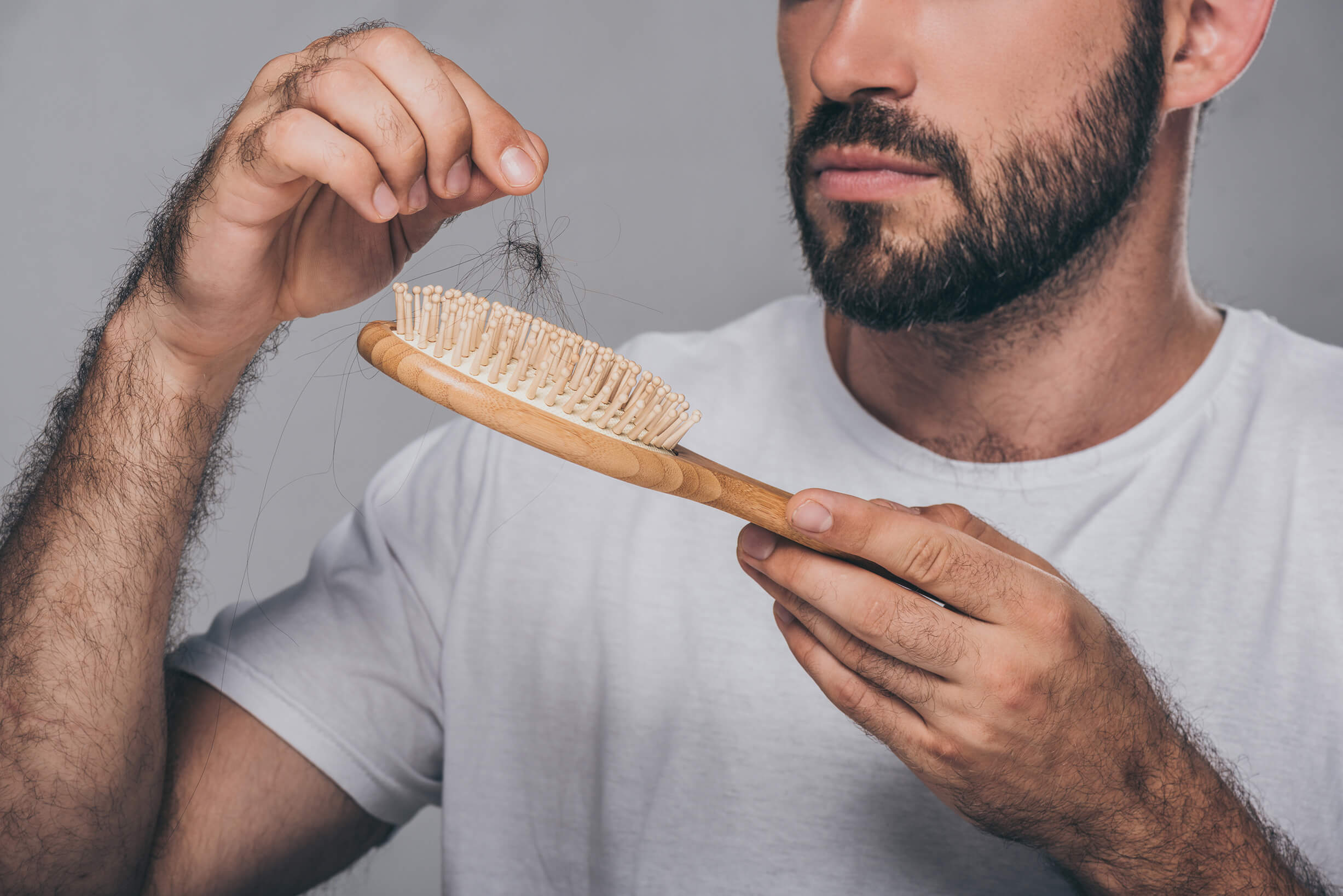 Minoxidil shedding is a short-term side effect that occurs when you start using minoxidil.

Experiencing minoxidil shedding? This short term side effect shouldn’t cause you to worry. While it might seem like you’re losing more hair when you first start using this hair loss drug, this medication-induced hair shedding should go away after 4 to 6 weeks.

During this period, it’s normal to lose a bit more hair than usual. But the good news is that your hairs will grow back thicker, darker, and stronger than they were before.

What is minoxidil shedding?

Minoxidil shedding is a form of hair shedding. It’s a common side effect that occurs when using this hair loss medication. Users tend to experience this issue during their first month or two applying the product.

Hair shedding – which essentially refers to your hair falling out – can occur for various reasons. A small amount of shedding is a perfectly normal part of the hair growth cycle. This normal hair fall includes the hairs that accumulate in your shower drain or on your comb after brushing your hair.

But shedding can also occur in hair loss disorders, like androgenic alopecia (male pattern baldness), alopecia areata (hair loss caused by an abnormal immune response), and telogen effluvium (hair fall due to stress). This type of shedding can occur in large amounts, increase over time, and may result in permanent hair loss. Minoxidil is a FDA-approved topical treatment commonly prescribed to counteract symptoms like these.

If you’ve just started exploring hair loss treatments, you’re probably wondering: Why would I choose a medication that makes me lose more hair? Fortunately, minoxidil shedding is a temporary, short-lived problem. For a brief period, it might seem like you’re losing more hair. But the hairs you’ve lost will grow back – and usually as thicker, stronger hairs.

How long does minoxidil shedding last?

According to a review in the Journal of the American Academy of Dermatology, minoxidil shedding lasts about 3 to 6 weeks. Most people stop experiencing this side effect within 4 weeks.

Pro Tip: If you’re new to using minoxidil, you should be aware that this medication needs to be taken continuously. If you stop taking it for more than a few days, your hair loss symptoms will likely return. And if you were to stop taking it for a few months and had previously experienced the minoxidil shedding side effect, chances are you’d experience it again when you restart the treatment.

Do all types of minoxidil cause hair shedding?

Although only the topical 2 and 5 percent versions are FDA-approved, minoxidil is sometimes sold in concentrations of up to 15 percent. In addition to the liquid and foam products, minoxidil is also available as a pill you can take orally.

Higher concentrations of minoxidil are also known to cause an increased amount of side effects, which means that you’d be much more likely to experience minoxidil shedding when using a 10 or 15 percent concentration product. A study in the Journal of Dermatological Treatment reported that other side effects, like irritation and stress, were also more likely when using high concentration minoxidil. Currently, the 5 percent liquid and foam are considered to be the most effective versions of this medication.

Why does minoxidil shedding occur?

According to StatPearls Publishing, Minoxidil works as a vasodilator, increasing blood flow to the scalp. The hair shedding it induces occurs as the medication starts to work, with the drug stimulating blood flow around your scalp’s hair follicles. This, in turn, kick starts the hair growth cycle. Hairs fall out so that new, strong, healthy hairs can grow back in.

On a healthy head, the hair growth cycle is made up of four main stages: the anagen, catagen, telogen, and exogen phases. These are known as the growth, transition, resting, and shedding phases, respectively.

All of your body’s hair follicles go through these stages. Though of course, on a healthy head, these phases occur at different times. According to a study in Dermatologic Clinics, the average person’s scalp has:

If the hair follicles on your head are not present in these proportions, it could be indicative of a hair loss disorder. For example, a study published in the Journal of Clinical and Diagnostic Research says that in telogen effluvium, a type of diffuse hair loss caused by stress, a larger than average amount of hair follicles are in the resting phase.

When applied to your scalp, minoxidil works by stimulating your hair follicles, prompting them to move from the resting phase to the growth phase. However, since the hair growth stages operate as a cycle, this means that those resting hair follicles need to shed the hairs currently growing from them before they can produce new ones.

However, once hair follicles enter the growth phase, minoxidil helps keep them there. This means that minoxidil users have follicles that stay in the anagen phase for a longer period and can consequently spend more time producing longer hairs.

Other minoxidil side effects

It’s also possible to experience dermatitis when using minoxidil. However, this is generally considered to be part of an allergic reaction.

The main allergen in minoxidil is an ingredient called propylene glycol. However, this ingredient isn’t in every product. If you have experienced dermatitis after using topical minoxidil, try switching to an alternative product. Although most minoxidil serums contain propylene glycol, the foam version generally doesn’t.

Minoxidil shedding is a short-term side effect

Minoxidil is a safe and effective hair loss treatment that’s unlikely to produce serious side effects. One of the most common side effects, minoxidil shedding, affects around 20 percent of people who consume the oral form of this medication. This issue is also more likely to affect people using high-concentration versions of this drug.

Fortunately, minoxidil shedding is a short-lived problem. It typically only lasts 3 to 6 weeks, generally stops after the fourth week of using the treatment.