Can I use minoxidil for beard growth? 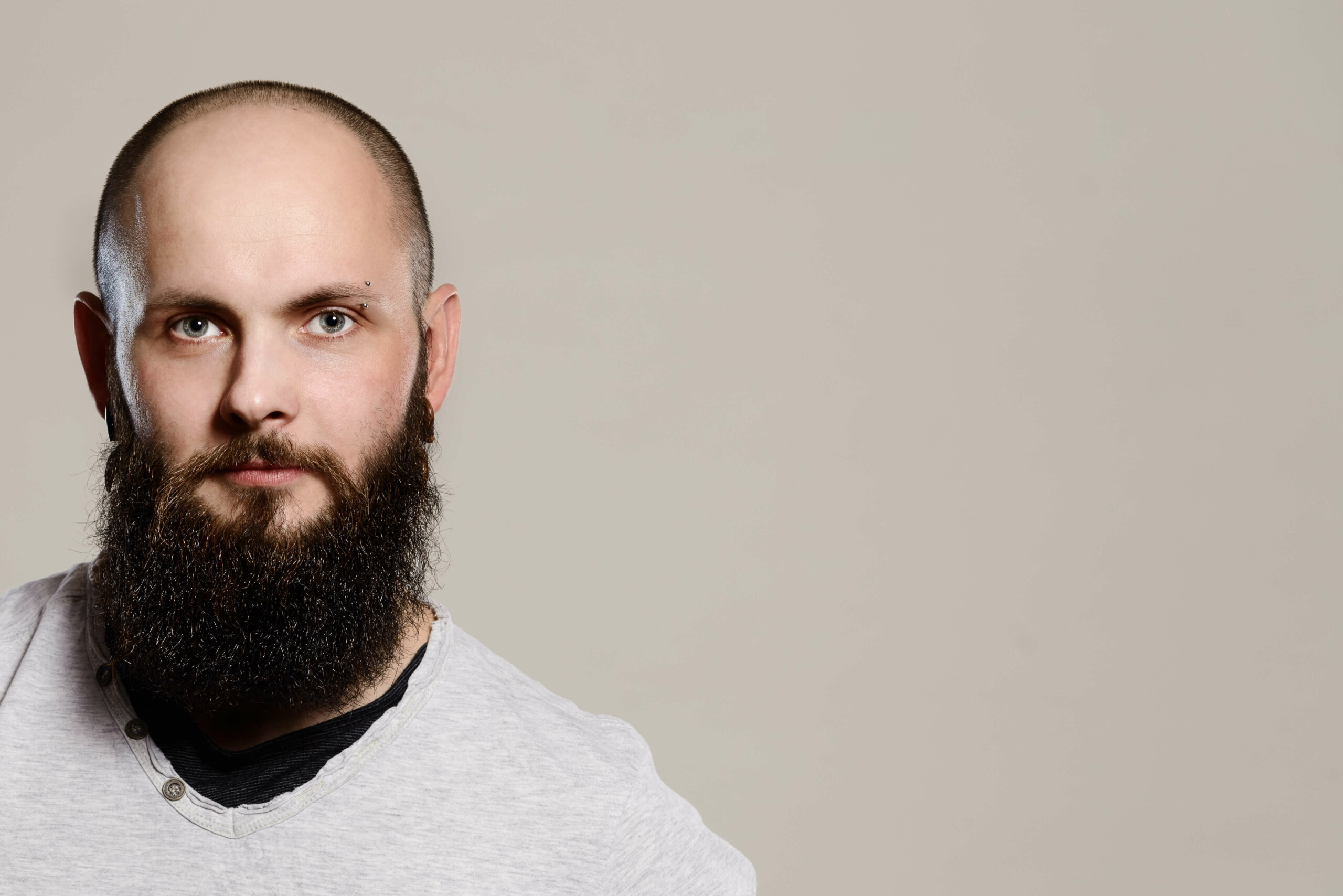 Although it's not FDA-approved for this purpose, minoxidil can support beard growth, too.

If you have patchy beard growth or a fine, wispy mustache, you’ve probably been looking for a way to improve your hair growth. There are many ways for men to improve their facial hair. One of the most popular options is minoxidil.

Minoxidil is most commonly used as a hair loss treatment. It’s applied to counteract hair loss symptoms caused by androgenic alopecia, the most common cause of baldness. But it’s also used for a ton of other reasons, including facial hair enhancement. While the exact effectiveness of using minoxidil on beards is unknown, this off-label use is sometimes recommended before beard-to-scalp transplants.

Minoxidil is a vasodilator that’s available as an oral and topical medication. When used as a hair loss treatment, StatPearls Publishing says that it increases blood flow to the scalp and hair follicles, increases growth factors, and activates enzymes that stimulate hair growth.

In its oral form, minoxidil is approved by the Food and Drug Administration (FDA) as a blood pressure reducer. It’s available in the form of 2.5 or 10 milligram tablets and is usually sold as the drug Loniten.

Oral minoxidil is not FDA-approved for hair loss, and Loniten should not be taken for hair regrowth. This drug is reserved for people with extremely high blood pressure. It also is likely to cause a side effect called hypertrichosis, where excessive hair growth occurs in unwanted places, like your cheeks, nose, or forehead.

However, oral minoxidil was the original formulation of this medication. Recently, clinical trials have started exploring its safety and effectiveness as a hair loss treatment when used at low doses.

According to StatPearls Publishing and a study in the Dermatologic Therapy journal, doses between 0.25 and 5 milligrams have been used for hair regrowth. Obviously, higher doses (in the range of 1.25 to 5 milligrams) are more likely to cause hypertrichosis. However, this side effect may not be undesirable for some people, like transgender individuals who desire more widespread facial and body hair growth.

Minoxidil is only FDA-approved as a hair loss treatment in its topical form. However, even then, it’s only intended for use on the scalp — specifically on the crown of the head.

When used topically, minoxidil is approved to treat androgenic alopecia (pattern hair loss). According to StatPearls Publishing, it’s available as a liquid serum or foam in concentrations of 2 and 5 percent. The 5 percent concentration is considered to be the most effective at fighting hair loss.

Both topical and oral minoxidil have been used to enhance beard growth and enhance body hair in other locations. However, very little research has been published on the safety or effectiveness of using minoxidil to improve beard growth.

Does minoxidil work for beard growth?

According to a study in the journal Drug Design, Development, and Therapy, minoxidil is used off-label for beard enhancement. It’s also used off-label for eyebrow enhancement and a number of other hair issues, including alopecia areata (an autoimmune condition that can affect both the scalp and facial hair).

However, how well it works is rather questionable. Only one study has ever been published on the use of minoxidil for beard growth and enhancement. The study also used 3 percent minoxidil, which is not an FDA-approved concentration of this drug.

According to a review in the Indian Journal of Pharmaceutical Sciences, the men in this study applied 3 percent topical minoxidil twice a day to their beards for 16 weeks. While the number of hairs in their beards increased, the thickness of the hairs did not change.

How long does it take for minoxidil to work on the beard?

According to StatPearls publishing, minoxidil starts to work on scalp hair after about 8 weeks of daily usage. However, people generally need to wait for 3 or 4 months to see the full results. This is in line with the results from the minoxidil beard study mentioned in the Indian Journal of Pharmaceutical Sciences, which lasted about 4 months.

However, it’s possible that minoxidil may work faster or slower when applied to the face and beard. We know that as a vasodilator, minoxidil is likely to increase blood flow to the area wherever it’s applied. But this drug is able to do much more than that! Minoxidil may activate the same enzymes and stimulate the same growth factors that it does on the scalp, or it may not. These aspects will determine how fast and well it works on other parts of the body.

A lot still needs to be determined about minoxidil’s use on facial and body hair. For example, the Facial Plastic Surgery Clinics of North America journal study says that minoxidil can prompt resting hair follicles to enter the growing phase (known as the anagen phase) of the hair growth cycle. While this has been proven for scalp hairs, it hasn’t been for those on the face or body.

Is a minoxidil beard permanent?

Since the study mentioned in the Indian Journal of Pharmaceutical Sciences was so short, it is not known if the increase in the men’s beard hair density was permanent or temporary. We also don’t know how long their minoxidil beards lasted. If their results were temporary (and dependent on continued use of the medication), any improvements in beard hair growth might have faded after a few months.

Generally, minoxidil must be used continually to maintain hair growth. People with androgenic alopecia who stop using it usually see their hair loss symptoms return a few months later. However, androgenic alopecia is a progressive condition and it doesn’t affect the beard. If you’re simply using minoxidil to enhance your beard and you’re otherwise healthy, your minoxidil-induced facial hair may be more permanent.

But if you’re using minoxidil to try to regrow patchy spots of beard hair — such as those caused by a skin condition or an autoimmune condition like alopecia areata — it is less likely that your minoxidil beard will be permanent. According to a study in the American Journal of Clinical Dermatology, alopecia areata can be a recurrent condition. Minoxidil can help someone with alopecia areata regrow hair, but if their immune system repeatedly attacks new hair follicles, the hair will be lost. They’ll have to try to regrow their hair from scratch each time this occurs.

Topical minoxidil is safe for beard and body hair usage. The Food and Drug Administration certainly doesn’t recommend the use of this medication in this way, but minoxidil is technically safe when applied onto skin. This was confirmed by the study mentioned in the Indian Journal of Pharmaceutical Sciences article, as the men who applied 3 percent minoxidil to their beards experienced no major side effects.

According to a study published in the Facial Plastic Surgery Clinics of North America journal, 5 percent minoxidil can also be applied to beard and body hair once or twice daily for periods ranging from 6 weeks to 6 months. However, in these cases, minoxidil is not being used to enhance beard or body hair. It’s actually applied in advance of the extraction of follicles used for hair transplants.

There is very little information on the safety information of oral minoxidil for body hair enhancement. While oral minoxidil is considered to be safe and effective at low doses, it’s only been studied for scalp hair regrowth. It’s unlikely to work for beard growth or enhancement at equivalent doses. You should likely avoid using oral minoxidil unless your doctor has recommended it as part of a medical treatment plan.

Using minoxidil to grow a beard is possible, but not FDA-recommended. Both topical and oral minoxidil can technically be used for this purpose, but topical minoxidil is safer and much more commonly used.

Only topical concentrations of 3 and 5 percent have been tested. Topical 3 percent solution was able to increase men’s beard hair density in 16 weeks. However, since 5 percent minoxidil serum is known to be the most effective for hair regrowth, it’s also likely the best minoxidil for the beard.

Remember that using minoxidil to grow a beard is an off-label use of this medication. People who have applied this drug to their faces and bodies have not reported any serious side effects. However, it’s important to be careful. Applying minoxidil to your face is a bit riskier than applying it on your head, where it’s meant to go. That being said, as long as you avoid getting it on your eyes or lips and in your nose or mouth, you’ll likely be fine.