Can you use green tea for hair growth? 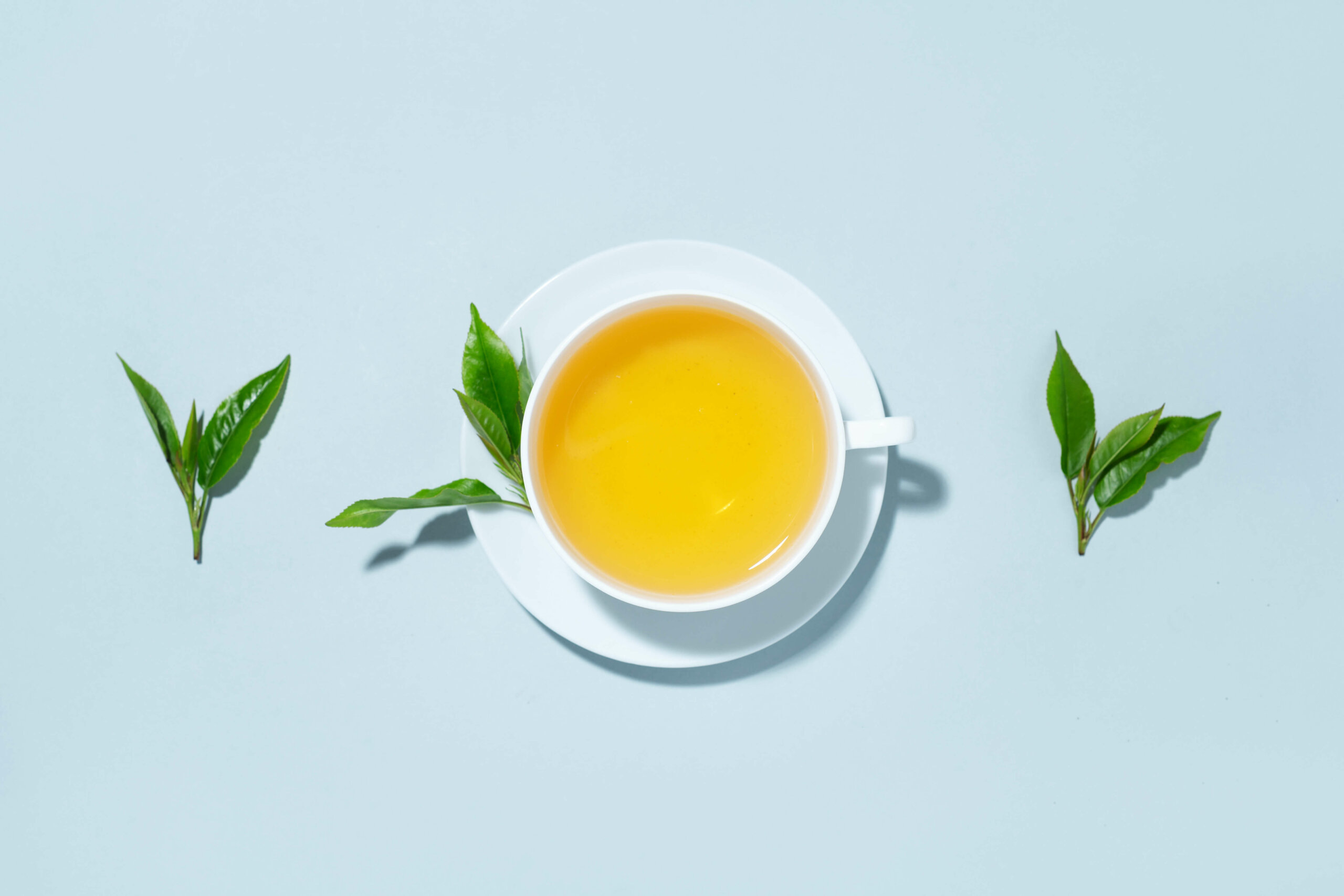 Most people have tried a cup of green tea or a matcha latte at some point in their lives. Made from the leaves of the plant Camellia sinensis, these beverages have a herbaceous, slightly grassy flavor and a distinct greenish hue. While this might be a bit unappealing to some, green tea is meant to have benefits for your heart, pancreas, immune system, skin, hair, and many other parts of your body.

Drinking green tea is undoubtedly good for you, but it’s not the only way to gain its health benefits. Green tea extracts have been infused into all sorts of products, from dietary supplements and face masks to shampoos and hair lotions.

Most people would likely assume these products are just a gimmick, but a lot of them actually work. And while it might surprise you, there’s a fair amount of evidence showing that green tea extracts can help counteract hair loss, too.

Can you use any tea for hair loss?

Camellia sinensis is a small, shrub-like plant. The leaves of this plant can be used to make not just green tea but a bunch of other teas, including white tea, black tea, and oolong tea.

Green tea is unique because it’s made from the tea plant’s fresh leaves. They aren’t allowed to wilt and darken, which is an essential part of the process when making other teas, like oolong and black teas.

Green tea can benefit your hair and overall health because it’s rich in powerful antioxidants and other bioactive compounds. According to a study in the Journal of Cosmetic Dermatology, it also contains a variety of nutrients, including vitamins and omega fatty acids. 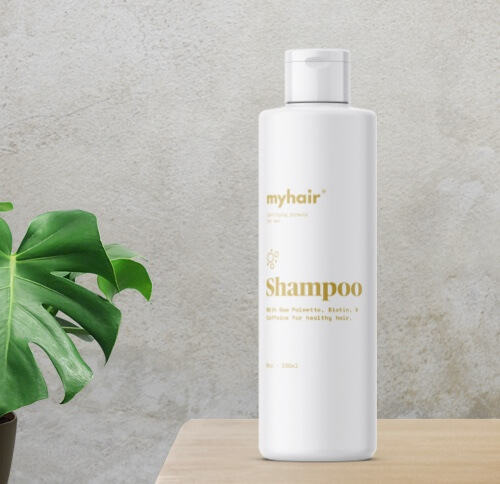 According to an article in the Food and Function journal, green and white teas have the highest amount of beneficial bioactive compounds. One of these compounds, epigallocatechin-3-gallate (EGCG), is particularly good for hair health. This means you should probably stick to green – or at least white – tea if you’re hoping to improve your hair and gain any health benefits from it.

Pro Tip: In addition to green tea extract, keep an eye out for EGCG on your product’s ingredient list. This beneficial bioactive compound might also be listed as epigallocatechin gallate or epigallocatechin-3-gallate.

And if you don’t like the flavor, you can always take supplements containing green tea extract instead. Studies in the Skinmed journal and the Journal of Clinical and Aesthetic Dermatology have reported that green tea supplements can help counteract hair loss.

In one study, a supplement containing green tea extract, vitamin D3, omega fatty acids, melatonin, and a few other plant-based compounds was able to help 8 out of 10 people with androgenic alopecia. Improvements in both hair growth and hair density were seen after 24 weeks of taking the supplement.

Which green tea is good for hair growth?

Green tea goes by many names. This is partially due to how many varieties of Camellia sinensis there are, but it’s also because of the many ways that this tea can be prepared.

If you’ve ever tried a matcha latte or drank gunpowder tea, you were actually consuming green tea. Shincha, sencha, and bancha are also all alternative names for this beverage. Green teas may be prepared in a variety of different ways, but most of them are fairly similar to one another when it comes down to their nutrients and beneficial bioactive compounds.

However, one type of green tea — matcha — stands out as slightly different. According to a recent review published in the journal Molecules, matcha is a powdered Japanese green tea from the Tencha variety. These tea bushes are shaded from excessive sunlight as they grow and consequently end up with a slightly different nutritional profile.

This review reported that matcha has more amino acids and vitamin C than other green teas. It also has more caffeine and beneficial bioactive compounds, like phenolic acids, polyphenols, phytochemicals, and catechins. Given this difference in nutrient content, you may want to pick matcha over other green teas when you have the option.

It’s not specifically known if matcha is better than other green teas at improving hair health. However, while all of these compounds are good for you, both caffeine and EGCG are particularly good for your hair.

According to studies in the Journal of Applied Cosmetology and Natural Products and Bioprospecting journal, both of these ingredients can block dihydrotestosterone (DHT), the main hormone involved in pattern hair loss. And best of all, according to a study published in the European Review for Medical and Pharmacological Sciences, caffeine and green tea catechins like EGCG can work synergistically.

Pro Tip: A product that contains green tea extract or matcha extract usually contains both EGCG and caffeine. But EGCG can also be listed on its own. For the maximum effect, make sure that caffeine is on the ingredients list too.

Green tea compounds like EGCG and caffeine can help stop the progression of androgenic alopecia. Their DHT blocking ability can help stop hair loss symptoms, like thinning hair and a receding hairline, from getting worse.

DHT contributes to the progression of these issues by gradually shrinking the hair follicles on your head. This process is known as miniaturization.

DHT blockers like EGCG and caffeine can help stop this from happening. And they’re not the only ones. According to studies in the Journal of Ethnopharmacology and Andrologia journal, other natural DHT blockers include herbs and foods like:

Blocking DHT is also the same mechanism that finasteride, an FDA-approved hair loss treatment, uses to counteract the symptoms of pattern hair loss. However, EGCG, caffeine, and other natural DHT blockers are much weaker than this drug. Ingesting them can certainly help, but drinking tons of tea won’t come close to the effects of finasteride. Instead, caffeine and green tea are infused into topical products, like shampoos, conditioners, and lotions.

When applied directly topically, natural DHT blockers can help stop the progression of pattern hair loss and may even be able to improve your skin health, too. The Skinmed study reported that topical green tea extract has the potential to help counteract acne, dermatitis, and yeast infections. These benefits are important since poor skin health and scalp infections can also contribute to hair loss.

You can often find green tea hair products combined with other well-known natural DHT blockers, like saw palmetto. It’s also mixed with other antioxidant-rich ingredients with beneficial properties, like rosemary, licorice, and grapeseed.

A study published in the journal Dermatologic Therapy reported that a patented nutraceutical hair loss lotion containing EGCG, green tea extract, and several other antioxidant-rich ingredients improved hair growth in over 80 percent of participants, all who had androgenic alopecia. This lotion was a bit like the FDA-approved treatment minoxidil, which needs to be applied twice a day.

Of course, products like these aren’t for everyone. If you’d rather go all-natural and enjoy the benefits of green tea on its own, you can even make your own green tea hair rinse at home.

Pro Tip: Immersing green tea in boiling water is great if you want to extract EGCG and caffeine. However, the study in the Food and Function journal says that you’ll get probably more antioxidants out of it if you steep it at room temperature. You may want to use a combination of these methods if you’re making your own green tea rinse for hair.

Is green tea good for hair?

Green tea is great for your health. You can drink it, take it as a supplement, or use a topical product, like a shampoo or hair lotion.

When used topically, green tea extract is likely to improve both your skin and hair. Out of all the green teas that exist, matcha is thought to be the most nutrient-rich and may have the most health benefits.

Green tea contains a variety of beneficial bioactive compounds, but two of them — EGCG and caffeine — are particularly good for hair. Both of these are DHT blockers, which can help counteract the progression of pattern hair loss.